In this comment, David A. Krueger addresses the issue of estate tax law based on the “Tax Cuts and Jobs Act” (TCJA).

In the first article of his series of Instructional Articles, Colorado & Texas Estate Planner David A. Krueger addresses the issue of estate law tax pursuant to the Tax Cuts and Jobs Act (TCJA).

To summarize the law, “The Act to provide for reconciliation pursuant to titles II and V of the concurrent resolution on the budget for fiscal year 2018, Pub.L. 115–97, is a congressional revenue act originally introduced in Congress as the Tax Cuts and Jobs Act (TCJA), that amended the Internal Revenue Code of 1986. Major elements of the changes include reducing tax rates for businesses and individuals; a personal tax simplification by increasing the standard deduction and family tax credits, but eliminating personal exemptions and making it less beneficial to itemize deductions; limiting deductions for state and local income taxes (SALT) and property taxes; further limiting the mortgage interest deduction; reducing the alternative minimum tax for individuals and eliminating it for corporations; reducing the number of estates impacted by the estate tax …. For deaths occurring between 2018 and 2025, estates that exceed $11.2 million are subject to a 40% estate tax at time of death, increased from $5.6 million previously. For a married couple aggregating their exemptions, an estate exceeding $22.4 million are subject to a 40% estate tax at time of death …” (Wikipedia, https://en.wikipedia.org/wiki/Tax_Cuts_and_Jobs_Act_of_2017#Estate_tax, footnotes omitted)
Experienced estate planner David Krueger discusses the role of estate planning in light of recent changes to Federal tax law.

One of the biggest changes to the existing law is the temporary rise of the individual estate and gift tax exemption to $11.2 million until 2025. The change, implemented by the “Tax Cuts and Jobs Act” (TCJA), represents a substantial increase from the previous exemption limit.

The continuing rise of the individual exemption in recent years and the transferability of the exemption between spouses means that only a very small segment of the population will need advance planning to save on Federal estate taxes. “This does not diminish the importance of other aspects of estate planning”, notes Mr. Krueger. “For example, a comprehensive estate plan would not only address how properties should be distributed upon death but also provide for unexpected events such as incapacity and disability.  Without advance planning in place, such unfortunate event may necessitate a court proceeding for guardianship or conservatorship to settle the myriad of issues that may arise in such situations.  A good estate plan will deal with many different possible contingencies and try to ensure that there is a plan in place that reflects the wishes of the individual creating the plan in each situation.”

Mr. Krueger goes on to explain that it is important to periodically review these estate plans with a qualified attorney.  Major changes to applicable laws, regulations, or new court decisions can all have enormous impact on an individual’s estate plan.  The best way to ensure that your plans are consistent with your wishes is to be diligent and regularly review them with a qualified attorney.  Everything from changes in legal landscape to changes in circumstances may require periodic updates to an individual’s estate plans.

For example, some estate plans may provide that grandchildren get assets equal to the maximum allowable under the exemption to the generational skipping tax.  When the exemption was low, such planning was done to ensure that some portion of the estate would go tax free to the grandchildren by utilizing the exemption.  With a substantial increase in generational skipping tax exemption under the TCJA, such planning language would need updating and could otherwise wreak havoc with the original intent of the testator or trustor. These types of unintended consequences that may result from a change in law shows the need for ongoing review and update to estate plans.

The full instructional article is published on the Blog of Mr. Krueger at https://DavidKruegerBlog.blogspot.com

*** David A. Krueger (Texas & Colorado) concentrates his practice in all areas of tax planning and asset protection planning for closely-held businesses and individuals.
at September 18, 2018 Links to this post
Email ThisBlogThis!Share to TwitterShare to FacebookShare to Pinterest
Labels: Colorado Estate Planner David A. Krueger publishes first article in instructional series, this time on estate tax law

David A. Krueger has launched this blog that will provide legal commentary and analysis of complex tax and estate issues as a service to the public. “With all the tax news information circulating, especially since the Trump administration’s tax measures in the Fall of 2017, I felt that I could help explain the facts underlying the discussions, and help families, individuals and companies plan their taxes and assets more efficiently,” said David A. Krueger. “As a tax and estate practitioner, I am sharing the experience I have gained in over 18 years of solving complex problems not only for individuals but for businesses as well,” David Krueger added.

Mr. Krueger prides himself in being a guide and supporter of families as well as business owners and managers to make positive and sustainable changes in their tax planning. He has assisted many businesses in strategic planning and problem-solving to support growth with increased profits.

About David A. Krueger

David Krueger is a Tax Planning Advisor in Texas and Colorado at Oakbrook Estate Services. His practice areas include:

*** David A. Krueger (Texas & Colorado) concentrates his practice in all areas of tax planning and asset protection planning for closely-held businesses and individuals.
at September 18, 2018 Links to this post
Email ThisBlogThis!Share to TwitterShare to FacebookShare to Pinterest
Labels: Tax Planner David A. Krueger starts a blog and commentary on Tax & Estate Planning

David A. Krueger, European Court of Justice rules that, in declining to grant same tax concessions to French company's permanent establishment in Germany that it grants to its purely domestic corporations, Germany violated provisions of EC Treaty on right of establishment 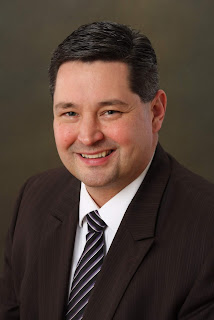 European Court of Justice rules that, in declining to grant same tax concessions to French company's permanent establishment in Germany that it grants to its purely domestic corporations, Germany violated provisions of EC Treaty on right of establishment

This limited liability applies both to the domestic income its permanent establishment earns in Germany and to its assets held there including operating capital.
During 1988, the Finanzamt (Finance Agency) refused to accord Saint-Gobain SA certain tax concessions pertaining to dividends from shares in foreign corporations and restricted these concessions to companies subject in Germany to unlimited tax liability. Among its foreign share holdings, it held 10.2% of the Certain Teed Corporation in the United States.
Dissatisfied with the Agency's ruling, Saint-Gobain ZN (plaintiff) challenged it before the Finanzgericht (Finance Court) in Cologne. Plaintiff complained of the Agency's refusal to grant it three tax concessions that would have enabled it to avoid having to pay German taxes on dividend income already taxed in the United States and elsewhere.
First, the Agency had decided that the (then applicable) 1954 Treaty for the Avoidance of Double Taxation between Germany and the United States [as amended by the Protocol of September 1965] limited its exemption from German corporate taxes to German entities subject to unlimited tax liability. The Agency also refused plaintiff a credit for the corporation tax levied on the profits distributed by the foreign subsidiaries and sub-subsidiaries of Saint-Gobain SA in the countries in which they are established because German law also restricts this concession to companies subject in Germany to unlimited tax liability. Finally, the Agency failed to allow Saint-Gobain SA the capital tax concession for "international groups" provided for by the German Law on the Evaluation of Assets on the theory that this provision applied only to domestic companies limited by shares.
Invoking EC law, plaintiff argued that the Agency rulings violated the combined provisions of former Articles 52 and 58 of the Treaty of Rome when they excluded a French company's permanent establishment in Germany from the benefits of the above tax concessions. Both Articles deal with the Right of Establishment.
Perceiving crucial issues of EC law, the Finanzgericht sought a preliminary ruling from the European Court of Justice. The European Court of Justice first points out that well-settled case law regards Article 52 as a fundamental Treaty provision (along with Article 58) directly applicable within the legal systems of the Member States since the end of the transitional period.
The Court rules for plaintiff on the legal issues. "... [T]he refusal to grant the tax concessions in question to the permanent establishments in Germany of non-resident companies makes it less attractive for those companies to have intercorporate holdings through German branches, since under German law and double-taxation treaties the tax concessions in question can only be granted to German subsidiaries which, as legal persons, are subject to unlimited tax liability, which thus restricts the freedom to choose the most appropriate legal form for the pursuit of activities in another Member State, which the second sentence of the first paragraph of Article 52 of the Treaty expressly confers on economic operators."
"The difference in treatment to which branches of non-resident companies are subject in comparison with resident companies as well as the restriction of the freedom to choose the form of secondary establishment must be regarded as constituting a single composite infringement of Articles 52 and 58 of the Treaty." [Paras. 42-43]
The Court also rejects Germany's argument that the impact of bilateral tax treaties with non-member countries lies outside the sphere of Community competence. The Court concedes that, in the absence of unifying or harmonizing measures adopted at the Community level, the Member States retain their competence to decide on the criteria for taxing income and wealth so as to get rid of double taxation by treaty.
"According to the settled case-law of the Court, although direct taxation is a matter for the Member States, they must nevertheless exercise their taxation powers consistently with Community law. In the case of a double-taxation treaty concluded between a Member State and a non-member country, the national treatment principle requires the Member State which is party to the treaty to grant to permanent establishments of non-resident companies the advantages provided for by that treaty on the same conditions as those which apply to resident companies." [Paras. 57-58]

at September 06, 2018 Links to this post
Email ThisBlogThis!Share to TwitterShare to FacebookShare to Pinterest
Labels: David A. Krueger, European Court of Justice rules that, in declining to grant same tax concessions ...

New Posts by David A. Krueger